Traffic Planning and Design, Inc. was founded in 1989 with six employees on the second floor of a converted farmhouse. At the time, my purpose was simple. I thought I was worth more than the $17.25 per hour I was making as a senior project manager and rainmaker putting in 60-hour weeks at another engineering firm. At the same time, because of my desire for a work-life balance, I knew I could not be the sole employee. Therefore, I surrounded myself with four solid engineers from the start and, in an unprecedented move at the time, supplied each with the cutting-edge technology of a 286 PC, a monochrome screen, and a dot matrix printer, plus all the necessary engineering software on the market.

Back then to get the computing power of what is in an iPhone 6 today would have cost over $4 million dollars.

A lot has changed since 1989. Today, third year co-ops in many cases make more than $17.25 per hour. Back then to get the computing power of what is in an iPhone 6 today would have cost over $4 million dollars. Nevertheless, the $1,150 spent on computer hardware for each of our employees in 1989 was a great investment because it made our employees more efficient. The same holds true today with our consistent investments in ever-evolving technology.

Born as a traffic engineering and transportation planning firm, TPD has evolved into a multi-discipline A/E/C firm in an effort to best serve our clients. When clients requested a need for highway engineering services, we developed a highway design group that is comprised of over 40 employees, of which half are dedicated to working on publicly-funded projects. TPD is now working on over 10 miles of total reconstruction projects for PennDOT and the PA Turnpike Commission. When preparing highway design plans for a PennDOT project that kept seeing the limits of work extended to include the reconstruction of a 24-foot span bridge over a stream separating two counties at the boundary of that district, TPD was instructed to either add a subconsultant or start a bridge design group. Thus, starting with a three-person team, the bridge group has grown to 18 employees working on designs as complex as the replacement of an eight span structure totaling 749 feet in length. When meeting with PennDOT to establish a construction budget for our redesign of the I-78 interchange at Route 61, TPD learned of the need to complement our design services with a construction inspection group. This group has grown sizably over the past decade, accounts for over 10% of staff, and continues to grow as we expand this service geographically.

TPD is ranked as one of the largest engineering firms in the Greater Philadelphia area, the Lehigh Valley, and in Central PA by the respective business journals serving those regions

These changes have been continuous, while our core values have remained the same. Recognizing the need for continued growth, TPD now employs over 160 people in 12 offices serving the eastern United States. TPD is ranked as one of the largest engineering firms in the Greater Philadelphia area, the Lehigh Valley, and in Central PA by the respective business journals serving those regions. Staying true to the work-life balance I so desperately sought, TPD is regularly ranked as one of the best firms of any type to work for in the Commonwealth of PA (headquarters), as well as one of the best civil engineering firms to work for nationwide. Although TPD has considerably grown in size, the services we offer, and in the complexity of projects, TPD will continue to change to address the needs of our clients, while staying true to our mission to improve the quality of life for the public. 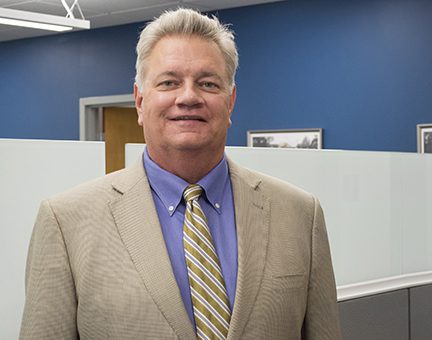 As the President of TPD, Mr. Johnson's areas of expertise are in transportation engineering and design, transportation planning, and environmental analyses.

He has played an integral role in raising public awareness of the benefits of and need for infrastructure investments. He has served on the Board for many Planning and Transportation related bodies as part of this effort. He currently serves on the Board of Directors for both the Southeastern Pennsylvania Transportation Authority (SEPTA) and the Associated Pennsylvania Constructors (APC) and is a member of the Chester County Landscapes3 Steering Committee. He has served on the Board for both the Chester County Planning Commission and the Delaware Valley chapter of the American Society of Highway Engineers where he also served a term as President.

He is also a member of the Transportation Committee for the American Council of Engineering Companies of Pennsylvania (ACEC/PA) and the Institute of Transportation Engineers. He was the only engineer to serve on the Transportation Transition Teams for both Governor Tom Wolf and Governor Tom Corbett in Pennsylvania and was one of just four engineers on Governor Corbett's Transportation Funding Advisory Commission which confirmed the needs and identified both efficiency measures and funding strategies leading to the Act 89 legislation. These advocacy efforts and his engineering career were recognized with his selection as the 2016 Delaware Valley Engineer of the Year.

During his 35+ year career, Mr. Johnson has prepared and managed highway and intersection final design plans for over 400 projects and has prepared and managed nearly 2,000 traffic impact and parking studies nationwide for a variety of commercial, office, residential, municipal, educational, institutional, industrial, hospital/continuing care, and solid waste disposal projects. He has served as an expert witness for over 500 such projects throughout Pennsylvania, New Jersey, and Delaware.